What’s more “Christmas” than a partridge in a pear tree? How about twelve lives transformed – thanks to you!

After 12 years of heavy drinking, Anthony had given up on sobriety. Kevin couldn’t see his way past his tent under the bridge. Tabitha was chained to the streets by her addiction and Aaron was sure he wouldn’t live to see this Christmas.

Thankfully, each of these lives have more than just tragedy in common. Because of your love, all of them will be spending Christmas radically transformed.

Addictions have been overcome. The streets have lost their hold. Depression, hunger, and homelessness are things of the past and the future for these men and women has never looked brighter.

Each of these, and eight others besides, are experiencing hope and a new beginning just in time for Christmas – as they have completed our recovery program.

Change doesn’t happen overnight. Real transformation takes time – it takes wrestling with uncomfortable feelings, confronting your past, and a wealth of programs and services designed for the task. To each of these men and women, you gave this incredible gift – and the time and the space to make use of it. 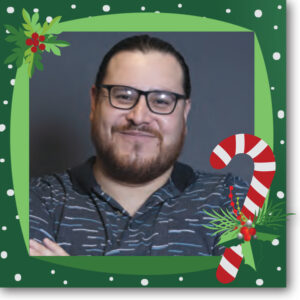 Anthony was convinced that after 12 years of heavy drinking, sobriety was impossible. He was in so far that going cold turkey could literally kill him. Then a kind police officer gave him a lift to Gospel Rescue Mission that made the impossible – possible.

“In the recovery program, I got stronger by the day, as I put faith in God. I’ve never really thought about my spirituality… it was definitely different!”

It wasn’t easy, but Anthony made progress day by day away from alcohol and toward Christ. Now, having completed our recovery program, he’s sober for the first time in over a decade and has rediscovered a love for cooking!

Kevin was stuck, too. “I was kind of like a troll,” he remembers. “I was living under a bridge in Sacramento, drinking. People would sometimes bring me something to eat because I was so emaciated.”

Then he got a call from his daughter. He had just been beaten and robbed of what little he had. When she heard, she drove him back to Tucson where, thankfully, he found Gospel Rescue Mission. 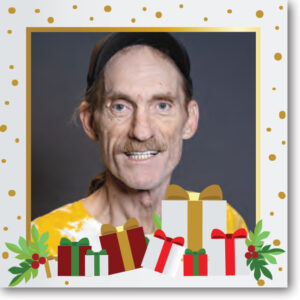 “Since I’ve been here, I’ve built a relationship with God that I didn’t have before. It’s an ongoing thing and it should be. Addiction affects your faith greatly and your faith affects your addiction!”

Your support pointed him to the hope and freedom found in Christ. Now, having completed the program, he’s returning the favor by passing it on.

“I’ve been teaching a class called Grace-Based Recovery for three or four months now, which I enjoy. It’s just the perfect thing because I can share the guilt and shame that were holding me back and how we can overcome it!” 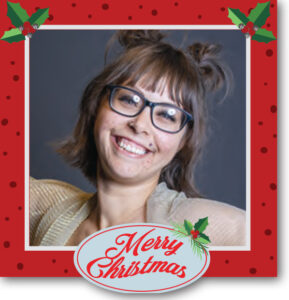 Guilt and shame are exactly what Tabitha struggled with for over 10 years. All that time, her mother prayed while she watched her daughter slip further into depression, alcoholism, and homelessness. Then came a ray of hope. Tabitha began hearing a small voice whispering to her heart, telling her it was time. Time for a change. Time to go home.

When Tabitha showed up at her mother’s front door, the next stop was Gospel Rescue Mission.

Here, you opened up a world of healing to Tabitha – mind, body, and spirit. Through the process, she discovered something that has helped her battle depression in a way that alcohol never did—a passion for physical fitness.

“There is a science to it,” Tabitha explains. “People who work on fitness during their recovery have less chance of relapsing because it burns off cortisol, reduces stress, and releases endorphins.”

Now sober and feeling better than she ever has, she’s reconnected with family, with Christ, and is reveling in new hope for her future. 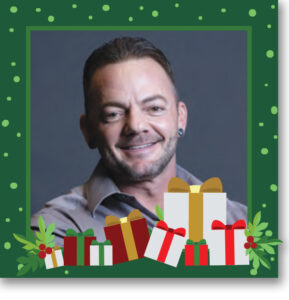 Aaron is just happy to be here. His addiction almost cost him his life on four separate occasions, including in 2019 when it destroyed his pancreas and began to shut down his organs. He survived because of a medically induced coma, but had to learn to walk and talk all over again.

He felt defeated by the experience. But thanks to you, he now looks to his future with confidence.

“There is no way that I’m still alive if Jesus didn’t want me here. I was an emotional wreck. But here I discovered that all the shame and the guilt and the misery and the lies… Jesus took all that for me on the cross, and He finished it,” Aaron explains, “so now I live for Him.”

Story after amazing story, watching God move mountains, break down barriers, and redeem lives is why we do what we do – and we can’t thank you enough for the support that makes it possible. Each redeemed life is a priceless gift.

As we celebrate Christmas, we can’t forget that’s where the hope found in each of these stories began: a tiny manger, a beautiful child – a gift – who would make all these other gifts possible.