Johnny had his first beer at the age of seven. He used drugs throughout his teens. By age 20, he was drinking and partying every day. It wasn’t long after that, he graduated to cocaine. Then it was heroin. 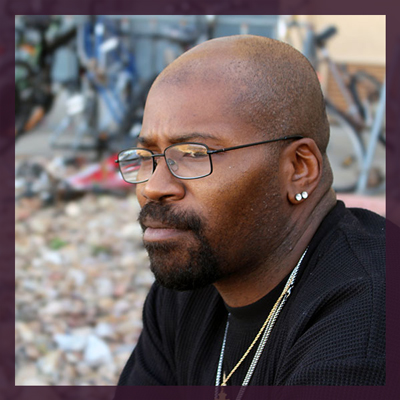 Some of us come from rough beginnings, but Johnny didn’t have a chance.

A steady romantic relationship didn’t solve his problems. Becoming a father didn’t save him. Having a second child didn’t reform him. When his family imploded, Johnny fell back into the party scene.

For years, Johnny lived with relatives. When his wife, with whom he’d lost contact, called from Tucson with an offer to reconcile, he gave it a try. It was a disaster. Within weeks, Johnny was in jail on a domestic violence charge.

Locked up, drunk, with a family in shambles… he had burned every bridge. After release, he found himself on the streets. At this point, most would have written Johnny off as a lost cause.

But you didn’t. He heard about a place called Gospel Rescue Mission and you opened our doors to him.

The day he arrived, Johnny was uneasy. He was grateful for nutritious meals and for a safe place to sleep, but he was unsure about the idea of God wanting to be involved in his life. After all his failures, how could such a thing be true?

Yet his heart was crying out for a different way of life. When he learned that we offered classes that could help him escape the streets and start life over, he broke down and cried.

With his heart so broken, but so open … it didn’t take long for Johnny to surrender to God’s love.

“I thought I knew about God, but I didn’t… not until I came here. They showed me how to read the Bible and understand what it was telling me. I couldn’t get enough!”

We watched with joy as our heavenly Father transformed him from the inside out.

Before long, his children began visiting him. They’re amazed by the new man he’s becoming. Week by week, month by month, Johnny is building healthy relationships with them.

“They love coming here and seeing what I’m doing,” he says with a huge smile. “They’re so proud of me!”

Today, Johnny is a faithful churchgoer and a model student. He’s tending to his physical health, too, through consistent workouts in the gym. And if you need a helper for a project, he’s always willing to lend a hand. He’s a pleasure to be around!

By the time you read these words, Johnny will be closing in on a solid year clean and sober. It’s clear that there is a bright future in store this “new creature” in Christ… fully restored by the grace of God, from homeless to wholeness, thanks to your generous support of Gospel Rescue Mission!

You helped save his life. Your giving has made a beautiful difference.

Of course, if Johnny were the last person struggling here in our community, we could celebrate, thank God, and move on.

But the reality is otherwise. There is an enemy on the prowl, “seeking whom he may devour.” Another child will fall victim to neglect or foul play. Another young person will be lured into the captivity of addiction. Another family will self-destruct. Another lost soul will wind up homeless, desperate, alone.

I ask for your generous support again today not only because there is such need on our city streets, but because we have seen how God uses your giving to save lives, to change lives, to restore lives. We see it hundreds, even thousands of times a year.

Would you please give generously right now? Every $3.02 you give will provide a healthy meal to another guest in need … a meal that can become the start of a whole new life. How many such meals could you provide, through a gift of compassion today?

The need is huge. We serve an average of 14,546 meals in a single month — and provide thousands of nights of shelter.

Whatever our Lord leads you to give, I hope to hear from you soon. Thank you in advance for responding as generously as possible.

P.S. Someone like Johnny will turn to us in a moment of crisis tomorrow. Please open the door to them. Seat them at the dinner table. Give them a safe place to lay their head. Point them to Jesus. Give them hope for a new way of life. Thank you again!