Chris has been struggling with addiction since he was 13 years old.

“I was drinking a little bit and then smoking pot. It wasn’t every day or anything. By the time I was 15, I was experimenting with pretty much everything.” 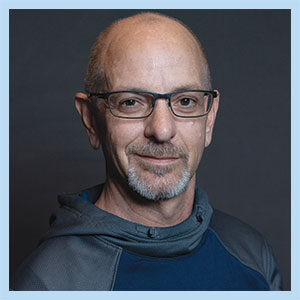 When his parents found out, they did their best to remove Chris’ access by sending him from Houston, Texas to live with his older brother in Tulsa, Oklahoma. It worked, for a while.

“My brother helped me get back on track, and I was clean for a year or two. But then I relapsed.”

Where family couldn’t help, Chris thought the military might. He joined the Army and found sobriety once again – only to be discharged later for smoking marijuana.

On and on, Chris tried everything – losing himself in work, getting married, having kids – knowing that God had a better plan for him. But addiction trumped everything.

Then in July 2021, after 40 years stuck in this painful cycle, you gave him the new beginning he was searching for.

“I got arrested. I was already on felony probation and I had been to prison before so I knew I was going back. But then, the judge offered me an opportunity to go to rehab instead! She started telling me about little 30-day and 90-day programs but I knew I needed more than that. I told her, “I’m going to Gospel Rescue Mission. If God’s not the basis of my recovery, then it’s not going to work. I’d already been down that road too many times.”

Chris knew it was the right decision because he had been in our recovery program years before, but had to leave early to address some family issues. He remembered the experience as the closest he ever came to truly starting over, and he picked up right where he left off.

“You know you’re in the right place when everything just starts fitting together and falling into place. Once I started stepping in the right direction and taking each little step towards Him, it’s been like throwing a handful of marbles in the air and having them stack upright on top of each other! All my relationships with my family have been restored, everybody’s on good terms, and everybody’s working together. It’s amazing what He can do if you get out of the way and let Him do it!”

Thanks to you, Chris has finally chosen who he will serve. What’s more, he’s taken it a step further and is dedicating his life to helping others make the same decision.

“I want to give back and help other people going through the same struggle. I’m taking Peer Support Advocacy Training to become a recovery coach. I’m also taking college courses to pursue a pastoral ministry degree, to join a prison ministry. That’s the way God’s leading me.”

This month, as we celebrate the new beginning Jesus made possible for us all, thank you for sharing that precious gift with hundreds of men and women caught between two lives, just like Chris.

Through our partnership, chains are broken, lives are restored, and best of all, those lives go on to touch and restore others far beyond our reach. Thank you for providing another ray of hope!